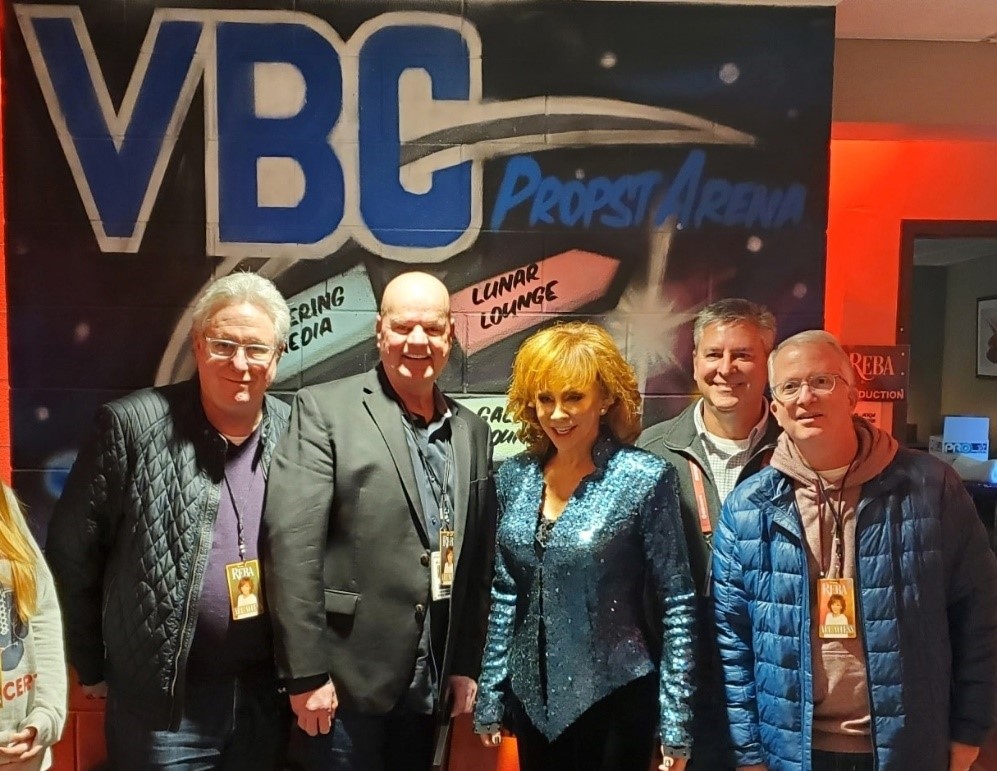 The Highland Group ended 2021 celebrating their hard work over the last year – and that included commemorating the new and improved Von Braun Center.

The Von Braun Center – or VBC for short – is located in the heart of historic downtown Huntsville, Alabama. The multi-purpose facility is equipped to accommodate major conferences, conventions, concerts, Broadway performances, ballets, symphonies, a full range of sports events and so much more.

Country music legend, Reba McEntire, performed live at the Von Braun Center on January 14, 2022, and was one of the very first to enjoy the new backstage lounge thanks to the Highland Group. Before taking the stage, McEntire said that the backstage was “wonderful” and one of her team members said “I could live here!”

For more information on the Von Braun Center and upcoming events you can visit https://www.vonbrauncenter.com/